As part of my memoir kick, I picked up The Sound of Gravel. The story of a girl and her siblings growing up in a fundamentalist Mormon compound in Mexico, Ruth Warnier spent her childhood moving between Mexico, California, and Texas.

The house her family lived in on the Le Baron Compound in Mexico was never quite finished, with leaks, holes in the floorboards, occasional electricity, and no running water. In California, she was able to go to school every day, watch TV, and eat more than mashed hot grains for breakfast. In Texas, home was a too small trailer, where she and her brothers were left alone for weeks to fend for themselves.

Now a grown woman who helped get her siblings out of Mexico for good, and raised them before putting herself through college, Warnier writes from the perspective of the child she was at the time events happened.

Her childhood is full of stories of loving school only to be pulled out to learn to work at home, learning to use food stamps, being left at home to care for younger siblings while her mother travels with her step-father. Her childhood will be eye-opening to some – the realities of her childhood with the up and down of homes, finding and losing family, and in and out of school is beautifully told, yet heartbreaking.

I’ve been reading everything I’ve run across on The Handmaid’s Tale. Everything. If you haven’t read The Handmaid’s Tale, now is the time to read it. It’s hard to get through, and hard to reread. This dystopian future isn’t too far off from where we are now and isn’t actually out of the realm of possibility. I highly recommend the book and the show, as hard as both can be to get through, there’s an important lesson from both. If you haven’t been watching, some of these articles may contain spoilers. Be careful reading.

Why Alexis Bledel Is The Handmaid’s Tale’s Secret Weapon

Isn’t It Relevant That the Star of TheHandmaid’s Tale Belongs to a Secretive, Allegedly Oppressive Religion?

THE HANDMAID’S TALE: MOTHERHOOD OR DEATH

The Radical Feminist Aesthetic Of “The Handmaid’s Tale”

The Handmaid’s Tale Is a Warning to Conservative Women

‘The Handmaid’s Tale’: A Newly Resonant Dystopia Comes to TV

MARGARET ATWOOD, THE PROPHET OF DYSTOPIA

The Handmaid’s Tale: The Hidden Meaning in Those Eerie Costumes

The Handmaid’s Tale: The Biggest Changes From the Book

The Handmaid’s Tale is timely. But that’s not why it’s so terrifying.

YES, “THE HANDMAID’S TALE” IS FEMINIST

WE LIVE IN THE REPRODUCTIVE DYSTOPIA OF “THE HANDMAID’S TALE”

I’ve read a lot of books like Into This Air. Travel writing, memoirs, biographies, history. I haven’t read a book like this in a long time, though. I know how it ends. It’s like reading about the Titanic. Along the way you become attached to each person on the mountain, you forget it’s not fiction. Until that is, you’re nearly finished. When Krakauer includes the reactions from the survivors to his initial writing, published in Outside Magazine.

Since reading the book there’s been a  lot of news from this season on Everest. This time of year, May actually, is the season for climbing the mountain. It’s not hitting the front pages or headlines. With so many deaths this season the worry of overcrowding has returned. Something Krakauer raised as more people, often untrained and unprepared for such a climb, are led to the top by professional climbing tour guides.

Recently news broke that the Hillary Step is no more. The point, well into the “death zone”, is just below the summit. Nepalese climbers say it’s still there. The step is named after Edmund Hillary, the first to the top of Everest. It’s where Krakauer opens up the book, and where all the stories start to come apart and come together as they try to piece together what happened as everyone headed back down the mountain. A line to get up the step, a line to get down. Precious moments that could be life or death. Because so many people were climbing at once.

As a hiker, and someone who used to rock climb, I was surprised at how much I struggled to imagine what was happening. I took for granted what is described in the book as they cross crevasses on metal ladders, and climb a mountain of ice. It couldn’t be quite that. I was wrong. It is written as it appears.

Well worth the read if you like adventure and travel memoirs. A great book to read this summer, the constant surrounds of snow and ice in the book will help keep you cool. 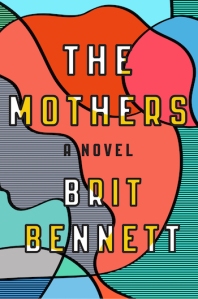 I was told what this book was about from a couple different friends. Neither one had it right, which I realized fairly quickly. I am so glad I kept reading, though. Told from the perspective of “the mothers”, the elders of the church, The Mothers is the story of two girls, three families, and one big secret.

Set in and around a generic Christian church, one I took to be evangelical, the tone is set for a clash of values, and morals. Each relationship is rocked by a few different threats. How each person deals with them, and the others react that makes the whole story.
END_OF_DOCUMENT_TOKEN_TO_BE_REPLACED

The first Gaiman book I’ve finished, and it was a perfect way to dive in. The Ocean at the End of The Lane was worth the wait, and beautiful start to an author I know I’ll read more from.

Short enough to be mistaken for a children’s book, but certainly not written as one, this book will take you back to your childhood, into dreams, and nightmares, and your deepest imagination.

I finished reading it weeks ago, and still wonder who these amazing women are. While the main character is male, the young boy befriends an impressively strong girl, and her mother and grandmother.

Gaiman is one of a few male authors I can think of who writes strong female characters like these.

Set as a flashback, the story is so beautifully told through the eyes of a child, but challenges any adult reading it. 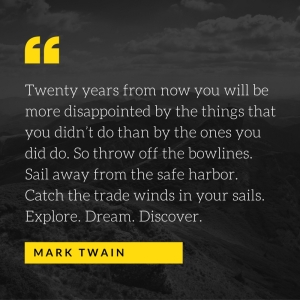 I was worried at first starting Talking As Fast As I Can, thinking I’d spend the full book wishing it was about Lorelai instead of Lauren Graham.

Turns out, Lauren and Lorelai have a lot in common. Including coffee. END_OF_DOCUMENT_TOKEN_TO_BE_REPLACED

In my rummaging online I found a few lists that will get you headed to your nearest book store. And, if your 2017 reading resolutions are anything like mine, it’ll help you cross some off your list. END_OF_DOCUMENT_TOKEN_TO_BE_REPLACED

Penny finishes college and returns home only to lose her father. With his death, the family drifts apart, and Penny drifts lost. Heading for the house left to her she finds it filled with squatters, and no heart to tell them to leave. END_OF_DOCUMENT_TOKEN_TO_BE_REPLACED

This year I’m determined to read a few things I wouldn’t normally pick up, and branch out of my default settings in book selection. 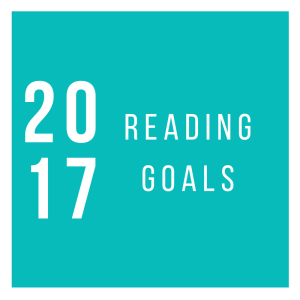